Posted on March 13, 2018 by DAN McLENNAN
Posted in HOT OFF THE PRESS 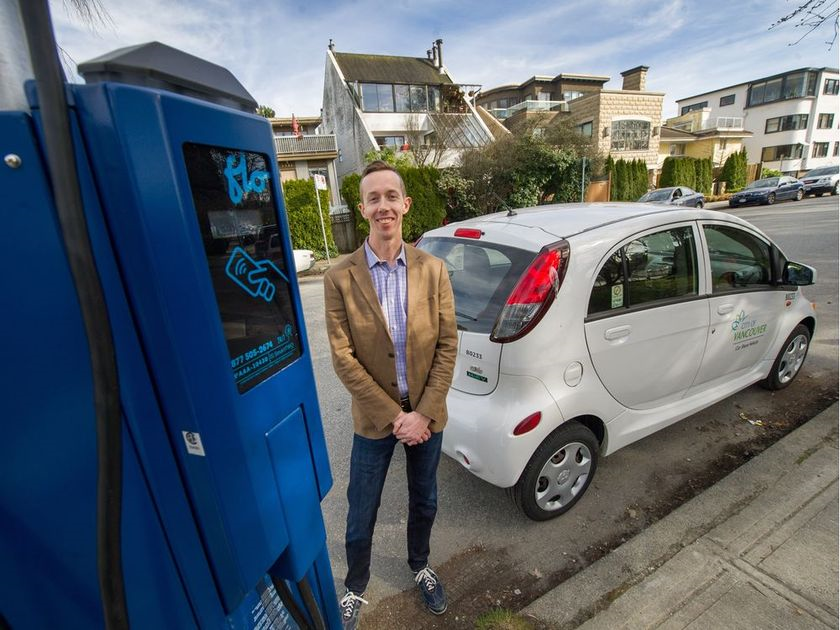 A City of Vancouver proposal to ensure all parking spots in new condo buildings are equipped with charging stations likely won’t boost the selling price of the units.

City council on Wednesday is scheduled to vote on a staff recommendation to mandate that the number of electrical charging stations jump to 100 per cent from 20 per cent of all stalls, at a cost of $300 per stall, according to the staff report.

“That adds to the cost of the building,” said Anne McMullin, CEO of the Urban Development Institute, which represents developers. “There’s always a consequence for whatever you add to the buildings.”

But she said the cost isn’t expected to increase the selling price to homebuyers because technological improvements to the charging units allow the developer to deliver more electricity to more stalls without a significant outlay of cash for the infrastructure.

“And they’ve grandfathered older buildings” and the change will affect only buildings for which building permits are issued after Jan. 1, 2019, if council accepts the recommendations.

The new electrical vehicle energy management system behind the individual charging stations reduces the amount of electricity required to run the chargers and it’s less expensive to install to 100 per cent of the stalls than to just 20 per cent of the stalls, said Ian Neville, the city’s policy analyst who wrote the report on EV charging stations.

He said the proposal to install EV-ready stalls in new residential buildings hasn’t met any opposition, and the condo owners association has been requesting more outlets.

Some developers have been providing more EV charging stations in new buildings than the 20 per cent required by law, with some at 100 per cent, said Neville.

“We have overcompliance of about 50 per cent,” he said.

The City of Richmond also requires new buildings to have 100 per cent of stalls outfitted with chargers, and other cities in B.C., including Squamish, Port Coquitlam, North Vancouver city and district, and West Vancouver have requirements for at least some EV stations.

Neville said installing EV chargers during construction can be done for one-tenth of the cost of retrofitting a stall with a charger.

The goal is to build enough of the fast-charging stations in Vancouver by 2021 so that every resident would live within 10 minutes of one, said Neville.

The fast-charging stations recharge a battery seven times faster than the Level 2 stations, he said.

Generally, a battery charged at a fast-charging station for one hour would have enough power to travel 200 kilometres, he said.

After allowing free charging for years, the city is experimenting with charging between $2 and $16 an hour for its 70 public stations, in addition to parking fees for the stall.

He said that would ensure turnover of the stations to allow more drivers to access them.

The B.C. Utilities Commission announced this year that it has launched an inquiry to determine whether charging stations should be open to competition or run as a monopoly, and whether the commission should set usage rates and regulate the services.

Neville said the City of Vancouver will recommend the service be open to competition in order to allow the private sector to run it.

There are 8,600 registered electric vehicles in B.C., sales of EVs jumped 53 per cent last year over 2016 and EVs are expected to make up 20 per cent of new car sales by 2030, according to flo.ca, a Quebec manufacturer of charging stations.

Rebates are available through Plug In BC for installation of EV chargers in single-family and multi-family homes.

Last year in Vancouver, there were more than 35,000 charging sessions at the city’s 70 Level 2 stations.