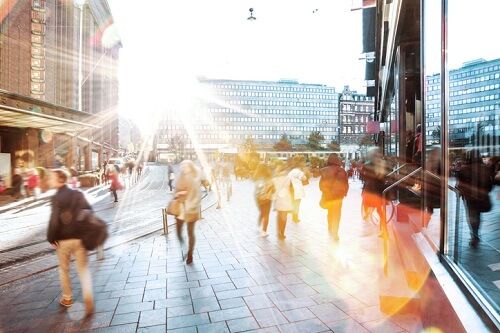 Master-planned communities have the obvious advantage of elaborate planning that standalone developments don’t, and that makes them superior investments.

“Master-planned communities have the advantage in that you know how the community will change over time,” said Brad Jones, VP of development at Wesgroup in Vancouver. “You know how the community will grow and which retailers are coming on board. There are also parks, schools and a clear ability to understand how your neighbourhood, and your investment, will change over time.”

Wesgroup is in the midst of developing River District, the largest master-planned community in Vancouver, that has 54 development parcels over approximately 130 acres. In total, the community expects about 15,000 residents will be spread across 7,000 units of housing.

“River District has the unique advantage of one company doing all the buildings, doing all the master-planning work and owning all the retail and commercial space,” said Jones. “Your investment is going to be looked after by us because we’re looking after our own investment, too. We’re buying into the future of the community, like every buyer is, rather than just a few buildings. We’re the landlord for the grocery store, the bank and the liquor store. We’re looking after the community’s reputation by building and thinking long-term.”

There are three major phases, the second of which is under construction to build out what Jones calls the town centre, where roughly 250,000 square feet of retail is going, as well as a condominium called Mode. The mixed-use project will also have schools and a daycare, which is sure to help valuations surge, added Jones.

The development’s demography will be as diverse as its offerings. Jones says growing families, downsizers, and everyone in between, are already moving into River District. Another one of its draws is that it’s nestled close to downtown, Richmond, Burnaby, and other employment hubs in the region.

“That gives us a broad buyer and resident group to pull from,” said Jones. “We’re focused on the big picture and ensuring that every building contributes to the whole rather than developing one or two buildings, then leaving. It is important to us that the housing is fully occupied, just as it’s important to us that the retail components are fully occupied with the right tenants. It’s about the big picture.”