Posted on June 10, 2019 by DAN McLENNAN
Posted in HOT OFF THE PRESS 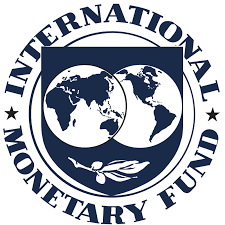 The International Monetary Fund (IMF) has weighed in on Canada’s housing market, saying it would be “ill-advised” to stimulate housing activity by easing the mortgage stress test.

In a report released by IMF staff this week following an official visit to Canada, the IMF noted the government has been under pressure to “ease macroprudential policy or introduce new initiatives” that would support increased housing activity.

“This would be ill-advised, as household debt remains high and a gradual slowdown in the housing market is desirable to reduce vulnerabilities,” the report reads.

Last week, Conservative Party leader Andrew Scheer said he would eliminate the stress test on mortgage switches at renewal, and consider re-introducing 30-year amortizations for insured mortgages if his party is elected in October.

Research released last month by TD Economics estimated that the B-20 regulations (stress test) resulted in 40,000 fewer home sales in 2018. Similar research from Benjamin Tal, CIBC’s Deputy Chief Economist,  estimated the stress test is responsible for an 8% decline in new mortgages started in 2018, translating into a $15 billion drop in lending activity.

Meanwhile on Thursday, CMHC CEO Evan Siddall said the stress test is “doing what it is supposed to do,” he wrote in a letter dated to the Standing Committee on Finance.

“The mortgage stress test is exactly the kind of policy we need to protect our economy,” Siddall wrote, saying calls from industry groups such as Mortgage Professionals Canada, the Canadian Home Builders Association and the Ontario Real Estate Association to ease the stress test would add to housing demand and price inflation of 1-2% in the larger cities.

“My job is to advise you against this reckless myopia and protect our economy from potentially tragic consequences,” he said.