Posted on April 3, 2019 by DAN McLENNAN
Posted in HOT OFF THE PRESS 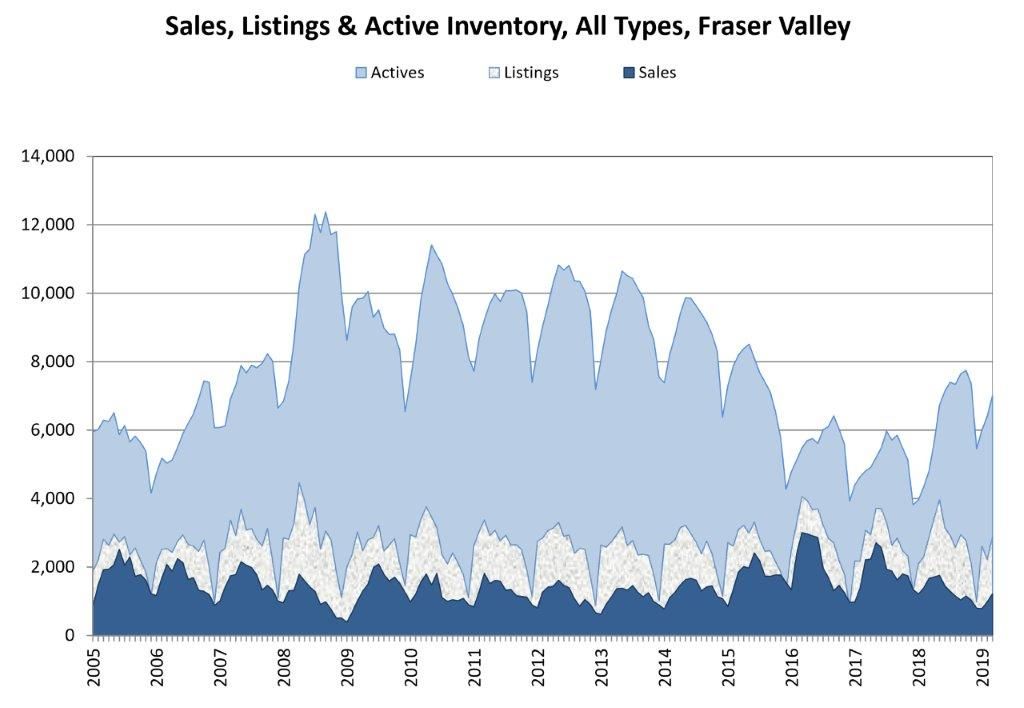 Last month, buyers in the Fraser Valley took advantage of the continued stability in home prices and the highest inventory levels for March since 2015.

The Fraser Valley Real Estate Board processed 1,221 sales of all property types on its Multiple Listing Service® (MLS®) in March, a 24.3 per cent increase compared to sales in February 2019, and a 26.6 per cent decrease compared to the 1,664 sales in March of last year. Of the 1,221 total sales, 462 were residential detached homes, 300 were townhouses, and 346 were apartments. This was the lowest sales total for the Board during March since 2013.

Darin Germyn, President of the Board, said of the market: “From a buyer’s perspective, there are more opportunities available as we move deeper into spring. Many of our communities are seeing higher inventory levels, especially in the attached market with the number of available townhomes almost doubling and Fraser Valley condos more than doubling compared to last year.”

There were 7,011 active listings available in the Fraser Valley at the end of March, an increase of 9.4 per cent compared to February 2019’s inventory and an increase of 46.2 per cent year-over-year.

“One of the reasons our market has remained stable is simply due to affordability. Although prices have increased dramatically over the last ten years, during the last twelve months we've seen prices for all major residential property types in the Fraser Valley decrease between four and five per cent. This is good news for buyers,” continued Germyn.

For the Fraser Valley region, the average number of days to sell an apartment in March was 38, and 29 for townhomes. Single family detached homes remained on the market for an average of 38 days before selling.