Poly-B Plumbing - What Do I Need to Know?

Posted on February 12, 2021 by DAN McLENNAN
Posted in: HELPFUL HOMEOWNER TIPS
November 19th, 2017 | by Paul Friesen | I find it Inspections

What is Polybutylene (Poly-B) Plumbing? 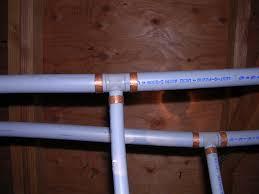 Poly-B is a gray plastic pipe used as a water supply line in your home. It was used extensively from the early 1970's through to the early 1990's. Believed to be an excellent material, it was also much less expensive than copper.  This type of pipe was installed extensively in the early 1970’s until the early 1990’s. In the mid-80's, leaks were starting to be detected in homes with Poly-B plumbing. Leaks often occurred behind drywall and were not discovered until major water damage and mold had occurred. It is believed that approximately 700,000 homes were built in Canada with Poly-B plumbing.

So you ask – how do I know if my home was built using Poly-B plumbing? Your home inspector will check for gray plastic pipes wherever there is visible plumbing. The inspector will look in areas under sinks and at your water meter and hot water tank connections. One of the biggest issues with Polybutylene plumbing is that the pipes look good from the outside. However, it may be degrading on the inside and could burst at any time. There is no way to tell.

The original ssue with Poly-B plumbing was believed to be the fittings connecting pipes to one another. There were often made of plastic which deteriorated and leaked over time. Sometimes, the pipes were badly installed, or the fittings too tight which caused tiny fissures creating small leaks. Water pressure could also cause problems. Areas with high water pressure could experience ruptures in previously weakened joints. Copper fittings began to replace plastic ones, but the leakage issues did not dissipate. It was discovered that Poly-B pipes don't deal well with hot water or chemicals well and as such begin to disintegrate quickly. Polybutylene pipes should never be used in, or close to, hot areas, such as your hot water tank.

What do I do when something goes wrong?

From the outside, it is hard to tell what the condition of Poly-B piping is. As home inspectors, we look for noticeable repairs and incorrect installation. Unfortunately damage in this type of plumbing starts inside which is unable to be seen.

Inter NACHI (International Association of Certified Home Inspectors) recommends replacing Poly-B pipes with different piping, usually copper or PEX as there is typically little or no warning before leakage occurs. In addition to difficulties obtaining home insurance, the presence of Poly-B piping in a home, may deter buyers from purchasing it. While there are things that you can do to help prolong the life of this type of piping, most home inspectors recommend replacing the complete system.

How can I do to maintain my Poly-B plumbing?

If your home has Poly-B plumbing, replacement is virtually unavoidable. However, it might be possible to prolong its life by doing the following:

How long will my Poly-B plumbing last?

Poly-B piping is often reported as starting to link approximately 10 to 15 years after installation. Your home inspector will recommend replacing it with more durable copper plumbing. Polybutylene is no longer approved for installation under the National Plumbing Code and any new builds will not have Poly-B plumbing in them. While replacing the plumbing system in your home is expense, it does affect the resale value of your home and may provide peace of mind, knowing that a more reliable plumbing system is less likely to result in burst pipes damaging your home and your treasured possessions.

What do I need to tell my home insurance company?

If your home was built between the early 1970's and early 1990's, your insurance company will want to know what type of plumbing is in your home. They are likely to want to know this information regardless of when your home was built. Insurance companies are reluctant to provide coverage on homes with Poly-B plumbing as losses from ruptures can be massive. It is possible that you will not be able to obtain insurance at all for a home with Poly-B or that your premiums and water damage deductible will be much higher.

If you experience water loss as a result of Poly-B plumbing bursting or leaking, it is likely that you will have a substantially increased premium and/or deductible upon renewal. It is even possible that you might not be offered a renewal by your current insurer.

When purchasing a new home, make sure you know what type of plumbing has been installed. This is where we come in. A licensed home inspector will be able to give you that information as well as the peace of mind that the plumbing is of good quality and in good condition. Knowing what type of plumbing is in the house will make purchasing decisions and shopping for insurance easier.

If your home has Poly-B piping, please discuss it with one of our Lower Mainland based, licensed home inspectors, and we will do our best to advise you. Poly-B plumbing will be flexible, gray and made of plastic and should have the code 'PB2110' stamped on it. Remember to look for it in areas where plumbing is exposed in your home.